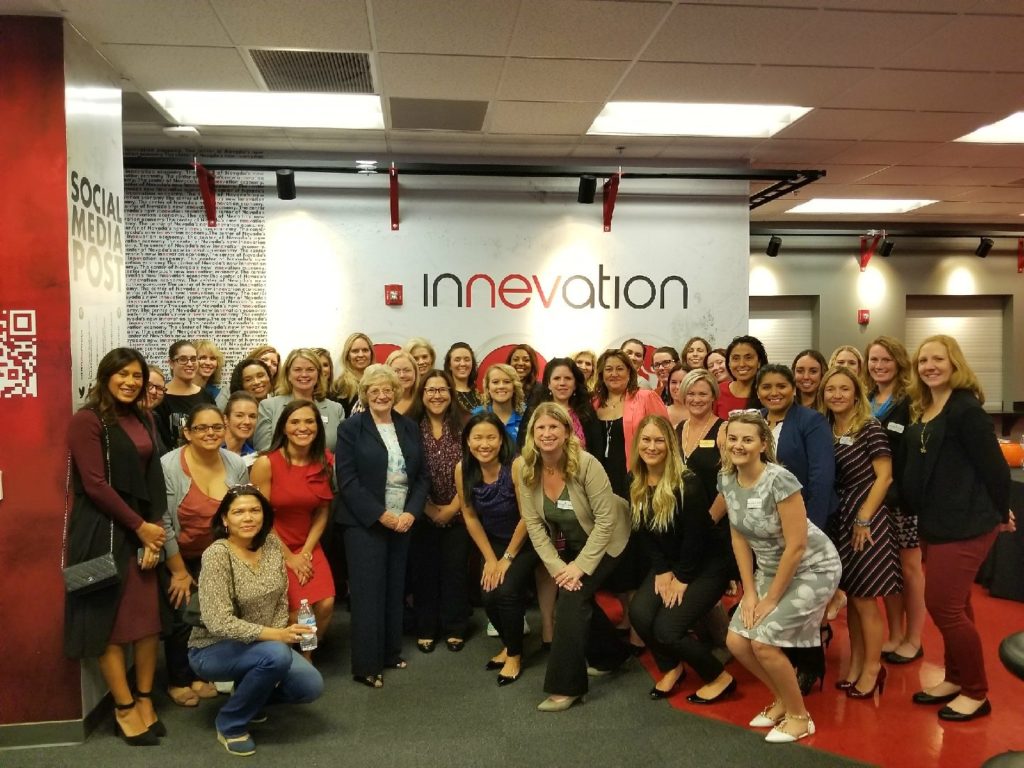 JLLV’s Public Affairs and Advocacy Committee (PAAC, for short) serves to educate membership on relevant local and national policy initiatives, and also lobby and advocate for JLLV initiatives in local and state government. The committee plans educational events, meet and greets with local politicians, and may advocate or lobby for certain legislative initiatives that advance JLLV’s mission in the state of Nevada.

Junior League of Las Vegas has a rich history of political involvement and leadership, with dozens of its own members running for and holding office at the local and state level. Though JLLV itself is a non-partisan organization, its membership is comprised of a diverse mix of politically active women, and we encourage our members to get involved with causes and candidates they agree with, and vote in every election!

The Public Affairs and Advocacy Committee (PAAC) was excited to focus this year on education and awareness. We hosted strong female leaders to share their experiences in public service and hosted a viewing of Hidden Figures to discuss some of the inspirational women behind the space race. We also welcomed Will Bautista, the Nevada State Director for Marsy’s Law, to a GMM in order to provide education and awareness of the Marsy’s Law Ballot Initiative ahead of the 2018 election. Junior League of Las Vegas provided a formal letter of support for Marsy’s Law to the Nevada Legislature in 2017 ahead of its passage and addition to the 2018 ballot. PAAC hosted shifts with Senator Joyce Woodhouse, Assemblywoman Sandra Jauregui and Secretary of State Barbara Cegavske to discuss how they came to run for office, their roles in Nevada’s government and how women can become more involved in the political process. These smart, dedicated women shared their stories, answered questions and gave advice to the women who attended these events. It is an exciting year ahead in Nevada politics with the 2018 elections involving every constitutional office, legislative seats, congressional seats, a US Senate race and ballot initiatives.